Ryan Reynolds is a beloved Hollywood actor known for playing comic yet brilliant roles. One of his most famous movies is Deadpool. Deadpool is a film that was supposed to have never been made and it was only green-lighted for production after fans got their hands on leaked test footage of Ryan Renolds acting as Deadpool. The video had also gone viral. But were you aware that Ryan Relonds also underwent ‘secret’ training for the film? Take a look at the actor talking about his training for the film in conversation with James Corden:

In the video, Ryan can be seen on the famous TV show The Late Late Show with James Corden with Katie Holmes and Judd Apatow. James starts off by mentioning to the audiences that Ryan had revealed earlier that he works out like a ‘British Person’.  Ryan is seeing laughing at this. Ryan responds by revealing how for the movie (Deadpool) he tried training 1/10th of what Hugh Jackman had trained like.

Ryan then went on to explain that in his normal life, he does train like a ‘British Person’. He adds that he has been to one British gym and shows how British people do one particular type of exercise and ‘then they go home’.  The audiences crack up on this and even the celebs are seen laughing. James then adds that he works out like a dead person.

James then asks Judd Apatow if he works out. Judd Apatow responds by saying that he doesn’t even like counting. Katie Holmes also chimes in and adds that she and Judd go to the same spin class. Katie then adds that she was super embarrassed to see Judd there.

Many fans thought the video was very funny. One fan mentioned that it was really funny how Judd added – ‘I don’t even like counting’ when asked about his exercise routine and another fan added that they felt Ryan’s version of how British people worked out was very accurate. Take a look at the comments: 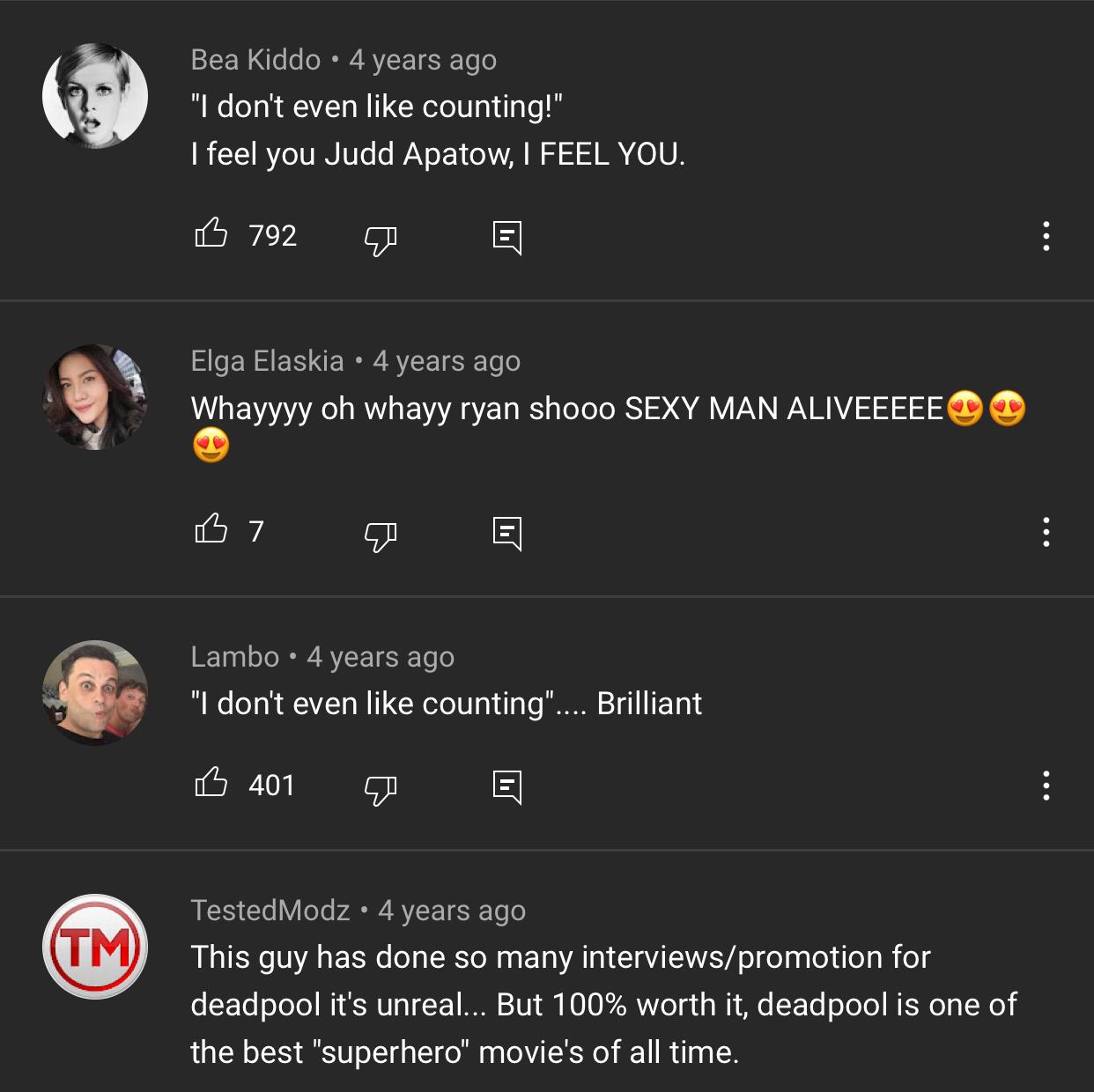 The #1 Food to Keep In Your Pantry for Weight Loss

This Connected Rower Provides a Full-body Workout Without Compromising Style