Unified world heavyweight champion Anthony Joshua can knockout elites with one punch. He has done it several times in his pro career to become the titleholder.

Thus, his upcoming opponent, Kubrat Pulev, needs to be ready for every attack. Although Pulev will have to defend himself from AJ’s aggression, he will also try to take out the Brit in the matchup.

It won’t be easy to take out Joshua, especially when he is also working on his defense. Anthony Joshua has recently posted a video on his social media handle, showcasing his toughness.

Anthony Joshua knows how to give and take

“Life’s not about how hard can you hit, but how hard you can get hit and still keep moving forward.” Anthony Joshua seems to believe in this statement made by Rocky Balboa. While there are no doubts regarding his knockout power, ‘AJ’ is also trying to get his conditioning on point.

In the recent video, he stood in a gym with his fists tight. However, Joshua didn’t throw a single shot. Instead, he was on the receiving end of a beat down. His trainer Joby Claytons landed some massive body shots and ‘AJ’ ate them without complaining. Thus, it is safe to state that the world champion is gearing up for some intense action in his next fight.

Meanwhile, Joshua is still to receive an official date for his upcoming appearance. ‘AJ’ will put his WBA, WBO, IBF, and IBO world titles on the line against Kubrat Pulev. 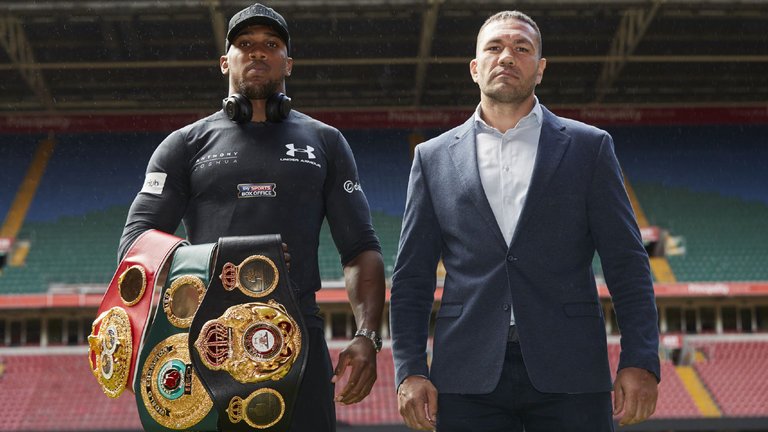 After snatching the titles back from Andy Ruiz Jr. in 2019, this will be Joshua’s first title defense. He cannot afford to miss out on anything. He knows the price of underestimating his rival. However, Joshua also knows how to get back from adversity.

If he gets the win against Pulev, ‘AJ’ can hunt for a blockbuster heavyweight showdown against Tyson Fury in 2021. Touting the contest for years, Joshua and Fury want to lock horns against each other. Meanwhile, they will have to surpass their upcoming opponents to materialize the showdown.

Jackson to pay health insurance premiums for some city workers

This Connected Rower Provides a Full-body Workout Without Compromising Style

Jackson to pay health insurance premiums for some city workers