Schools Struggle To Get Food To Students During Coronavirus : NPR 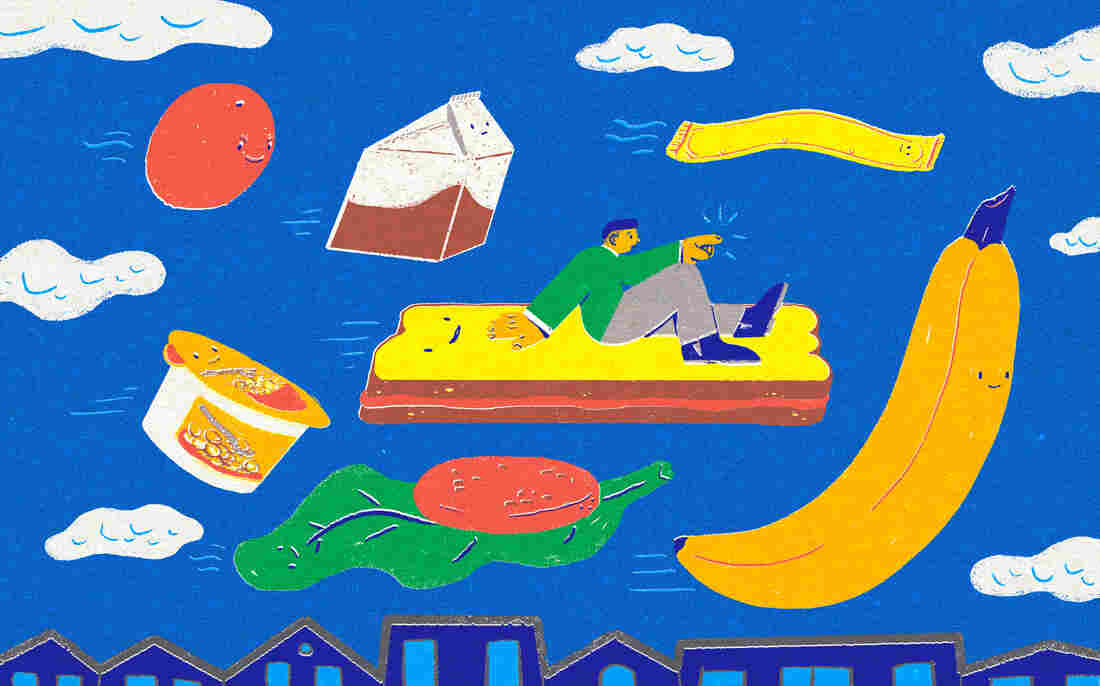 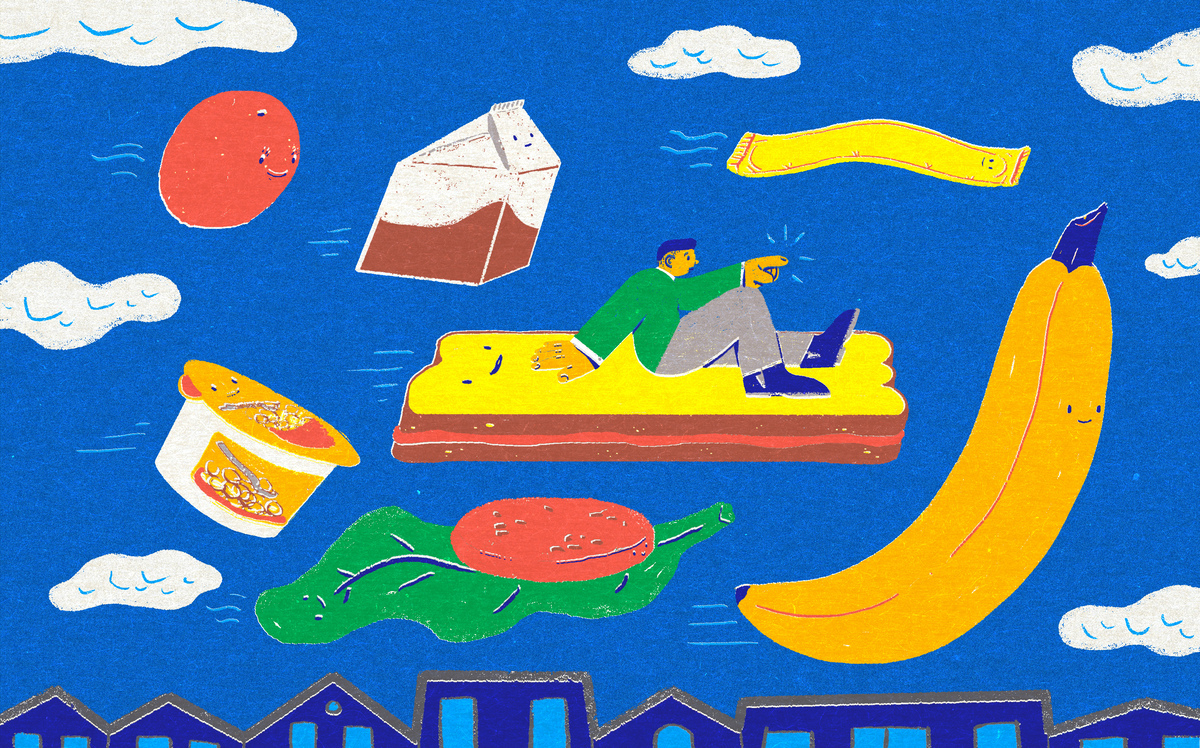 Six months into schools’ pandemic-driven experiment in distance learning, much has been said (and debated) about whether children are learning. But the more urgent question, for the more than 30 million kids who depend on U.S. schools for free or reduced-price meals, is this:

The answer, based on recent data and interviews with school nutrition leaders and anti-hunger advocates across the country, is alarming.

Among low-income households with children who qualify for free or reduced-price school meals, only about 15% have actually been getting those meals, says Lauren Bauer, a researcher at the Brookings Institution. She’s been poring over the results of the U.S. Census Bureau’s weekly Household Pulse Survey.

“Every day I worry about them. Every day,” says Alyssia Wright, executive director of Fulton County Schools’ nutrition program in Fulton County, Ga. “We come up with ways every week to find a new way to get meals to our kids.”

Because the old ways, from just a few months ago, aren’t working anymore.

In pre-COVID times, the Tucson Unified School District served roughly 35,000 meals a day. So far this school year, according to Lindsay Aguilar, the district’s food services director, that number has plummeted by nearly 90%.

The drop is “disheartening,” says Aguilar, “because in our district, 70% of our families qualify for free or reduced-price meals. So I know there’s a need.”

In Charlotte, N.C., school leaders have seen “a huge difference” in meal distribution, says Reggie Ross, who works for the North Carolina Department of Public Instruction and heads the national School Nutrition Association. So far this year, Ross says, school meals in Charlotte “were down about 89%.”

In many districts, the majority of children who qualify for subsidized school meals aren’t getting them — often because they can’t get to them. And some districts say their meal-service budgets are being stretched so much by the pandemic that they could soon face cuts and lay-offs.

Right now, Bauer says, about a third of U.S. families with children are suffering from food insecurity. “More alarmingly, 1 in 5 families say that the children themselves don’t have sufficient food, and the families don’t have enough resources to purchase more.”

For some children, school meals may be the only meals they get in a day. And with school feeding programs reaching fewer and fewer families, Bauer worries, “children are going hungry.”

The challenge: “Parents are back at work”

When schools closed for remote learning in the spring, most districts quickly shifted into a familiar model of food distribution: their summer plan. Under this model, districts choose a handful of schools, in neighborhoods with the greatest need, where families can drop by each day, often between 11:00 a.m. and 1:00 p.m., and pick up a bag with lunch and often breakfast.

Pick-up during the pandemic has been incredibly easy, thanks to the U.S. Department of Agriculture’s willingness to forego traditional, school-year paperwork. If a child wants a meal, that child gets a meal, and the school gets compensated by USDA whether that meal goes to an eligible student, a younger sibling or a kid from the nearby private school.

At the end of August, USDA announced it would extend that flexibility through the end of the year, to “ensure meals are reaching all children – whether they are learning in the classroom or virtually — so they are fed and ready to learn,” said USDA Secretary Sonny Perdue.

Perdue’s announcement was cheered by school leaders across the country, but they say a major hurdle remains: This food pick-up model still requires families to come to a designated site at a designated time. And many can’t. Often, parents and caregivers have to work, and can’t get away in the middle of the day. Or they don’t have a way to get to the designated pick-up site. Or they’re not comfortable making daily food runs in a pandemic.

Last spring, when the School Nutrition Association surveyed school nutrition directors representing nearly 2,000 districts, 80% said they were serving fewer meals than they had been when school was in session. Of those, a majority of districts said the number of meals had dropped by 50% or more.

“It was a drastic change,” says Wright in Fulton County. Before her schools went remote last spring, she says they served between 50,000 and 60,000 meals a day. After students were sent home, Wright says they gave out roughly 70,000 meals per week.

In Tucson, Aguilar says the challenges her team face distributing food have only worsened as the pandemic has worn on. In the spring, even with students home, the district served twice as many meals as it’s serving now.

“We were all quarantined. Everything was shut down. So it was a lot more realistic,” Aguilar says, for families to be able to pick up food because they were working at home or not at all. “Now, parents are back at work. So we’re definitely seeing those numbers quite drastically decline.”

Taking the food to the child

School nutrition directors say, if the students can no longer come to the food, then they’re going to do everything in their power to take the food to students.

In Tucson, Aguilar has been packing grab-and-go meals onto the district’s school buses and distributing them across 67 bus stops every day. In Fulton County, Wright is starting to do the same — but instead of a day or two’s worth of food, she and her school team are freezing hamburgers and pizza and trying to give families a week’s worth of meals in one bus drop.

Wright says her happiest day of this pandemic came about a week ago, when her district began sending buses into the community. She followed one of those buses to an apartment complex.

“And just to see the thankfulness on the parents’ faces, to hear their comments about, ‘This is so great because we could not get to the food, we didn’t have transportation,’ ” says Wright. “Then to hear the thankfulness in the kids’ voices, to know that they did not have to worry about a meal.”

But some districts simply can’t manage — or afford — to put food on buses like this. And even those that do, still can’t reach every student, or even most students.

“I joke all the time,” says Aguilar, “I’m like, ‘We need Amazon Prime out of our warehouse, basically, is what we need right now.'”

This drive, to get school meals as close to a child’s doorstep as possible, comes as many school meal programs are in serious financial trouble because of school closures. Their budgets depend on being able to sell meals and snacks to students who can pay. In the School Nutrition Association survey, two-thirds of school nutrition directors said they anticipated taking an overall financial loss for the 2019-20 school year.

At the same time the nation’s schools began pushing their meal programs into school parking lots and onto buses, Congress created a separate effort meant to feed children by helping their parents and caregivers pay for groceries. Pandemic EBT took the value of the school meals kids weren’t getting in the spring and put it — usually in a lump sum of a few hundred dollars — onto a debit card that families could use at the grocery store. Families already enrolled in SNAP (once known as food stamps) could have the value placed directly on their SNAP debit card.

“Although it may be necessary to close schools, it is also imperative that we keep in mind that school meals are often the only meals some students receive,” said Rep. Marcia Fudge, an Ohio Democrat who helped introduce the legislation in March.

Lauren Bauer, the Brookings researcher, says Pandemic EBT “kept between 2.5 and 3.5 million children out of hunger this summer.”

But, as of Labor Day, the program has expired in a majority of states, and Congress has not yet renewed it.