The class is 7:30 p.m. to 8:30 p.m. every Thursday at the Mead Martial Arts Center, 319 N. Front Street. The class is open to anyone older than 15. The class welcomes people of all abilities.

The class being offering in New Ulm is a satellite program of the Southern Minnesota Martial Arts School in Mankato. Arndt is a Krav Maga instructor at the Mankato school on Monday and Wednesday. This year he wanted to bring the class to New Ulm.

Krav Maga (pronounced KRAV muh-GA) was created in 1948 by Imi Lichtenfeld for the nation of Israel, shortly after the country was founded. Lichtenfeld became an instructor at the Israel Defence Force (IDF) and taught the technique to its members. Krav Maga is a Hebrew for “contact combat.” 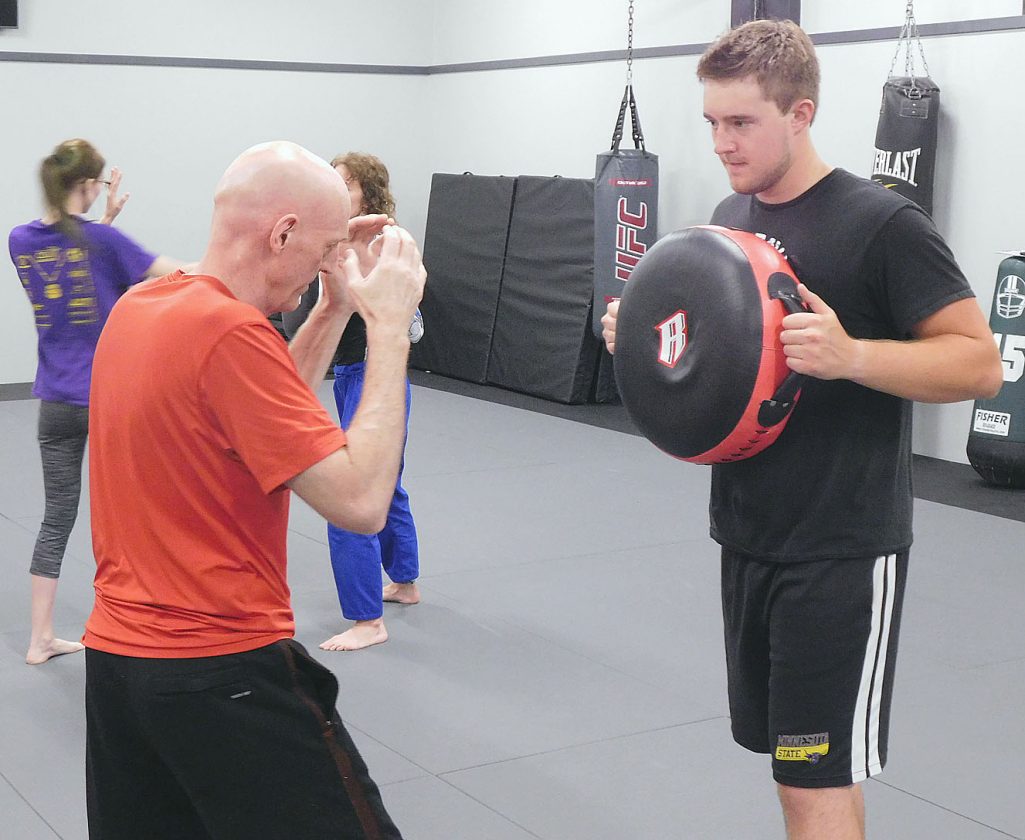 Lichtenfeld retired in 1968 and began adapting Krav Maga to civilian needs. The idea was to create self-defense to survive an attack while sustaining minimal harm, whatever the background of the attack.

“It uses natural movements for defense and counter-attacks from a disadvantage position,” Arndt said. “It is defense by any means with simultaneous attack and defense.”

“If you are forced to use the skills you’ve learned something has gone wrong,” Arndt said. A motto of instructors is people learn Krav Maga “so one may walk in peace.” 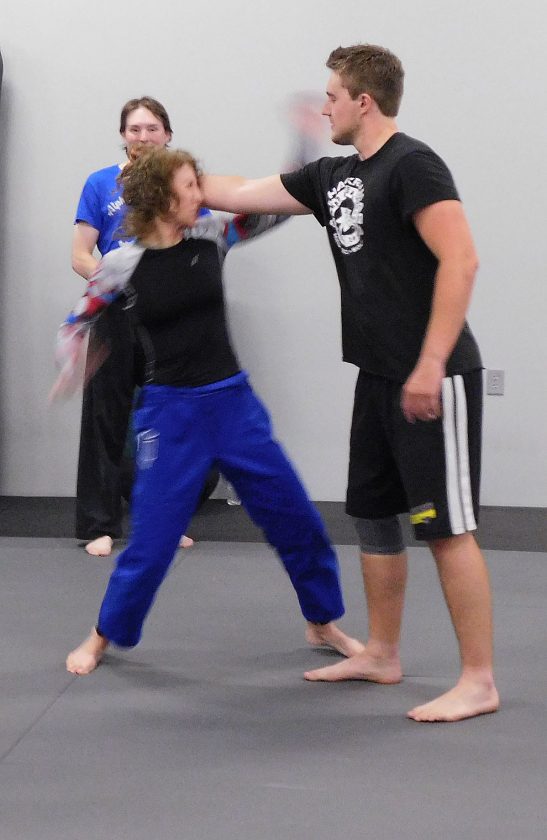 The emphasis on de-escalation can be seen in the training taught by Arndt. The stance is to keep hands open rather than clenched in a fist. It is a less aggressive stance that could prevent a fight from happening.

Arndt became involved in Krav Maga in 2014. He had previously trained in other martial arts including boxing and Kung Fu. He transferred into Krav Maga after his Kung Fu instructor quit.

“I didn’t want to quit martial arts,” Arndt said. Before training in martial arts, Arndt had underlying health conditions that left him hospitalized two to three times a year. After he started boxing, his health improved and he is hospitalized less. Arndt decided to transfer into Krav Maga to continue martial arts training. Six years later, he is a certified instructor in Krav Maga.

As part of his first-class in New Ulm, Arndt had a demonstration with two students showing how a woman could fend off a male attacker. For the demonstration, the male attacker had a significant height and weight advantage, but with proper technique, anyone can break hold or neutralize the threat. 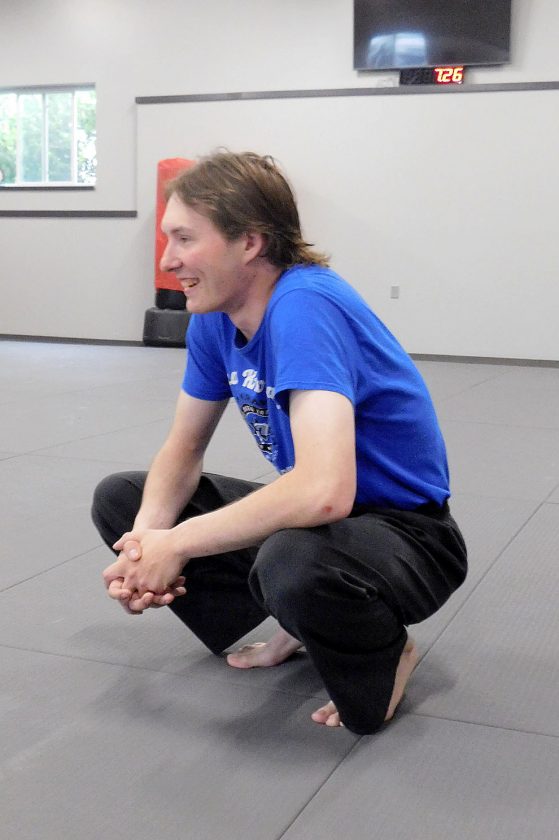 “Krav Maga is, no matter your size, learning applicable techniques to defend yourself,” Arndt said.

The class is following all the COVID-19 requirements based on the newest youth and adult sports guidelines established on June 24.

Today’s breaking news and more in your inbox

Apple cider vinegar weight loss - how much to drink

Apple cider vinegar weight loss - how much to drink