‘My best friend was the vodka bottle’: Wesley Sneijder reveals boozy ‘rock-n-roll lifestyle’ cost him two marriages and his career at Real Madrid after ignoring warnings from Ruud van Nistelrooy and Arjen Robben

By Alec Fenn For Mailonline

Wesley Sneijder has revealed how his boozy ‘rock-n-roll’ lifestyle ruined his career at Real Madrid and cost him two marriages.

Sneijder was 23 when he joined Madrid in an £18.3 million deal from Ajax back in 2007 after emerging as one of Europe’s hottest young talents.

But he failed to live up to his potential at the Bernabeu after being lured into living a party lifestyle in the Spanish capital – despite the club’s efforts to hide his errant ways. 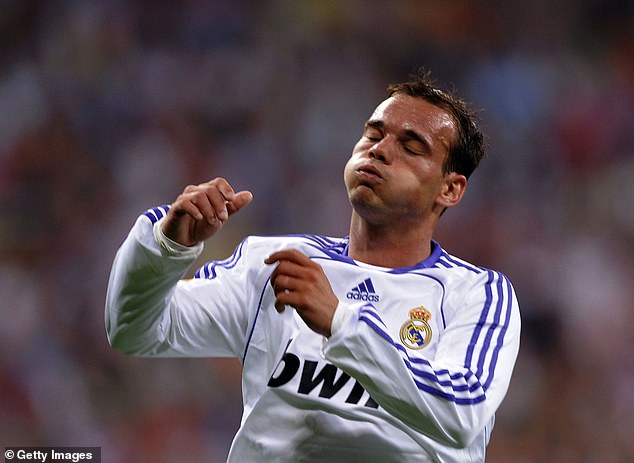 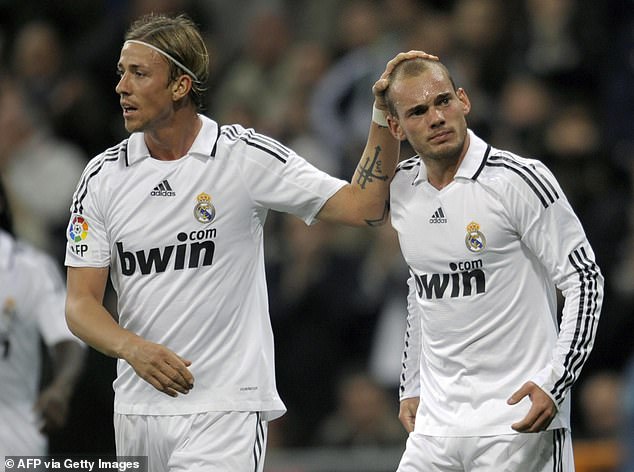 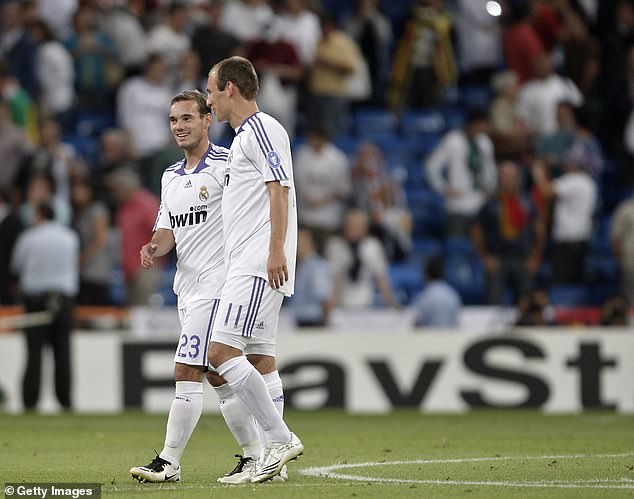 ‘I was not aware that moving to Real also meant I moved into the nightlife of Madrid,’ he said in his autobiography.

‘I got sucked into it. I was young, I was enjoying success and I was loving all the attention. That is where it must have gone wrong for me later in my life.

‘I didn’t do drugs, but I did do booze and had a rock-‘n-roll lifestyle as one of the stars of Real Madrid. All the things I was up to were all covered up.

‘Even when I was absolutely drunk, rolling on the streets and spending thousands of euros paying for all the drinks in every place. 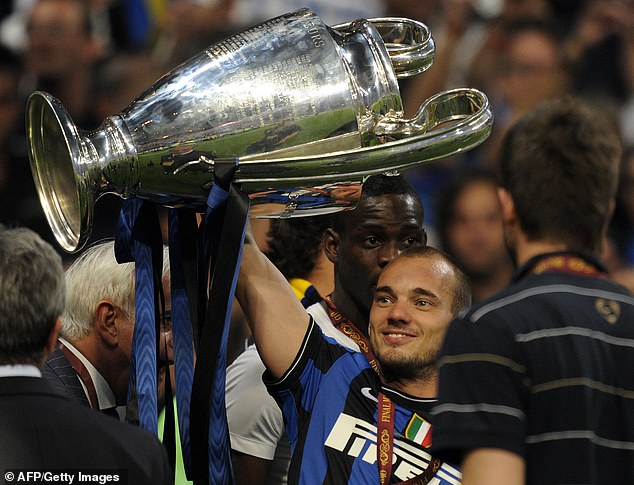 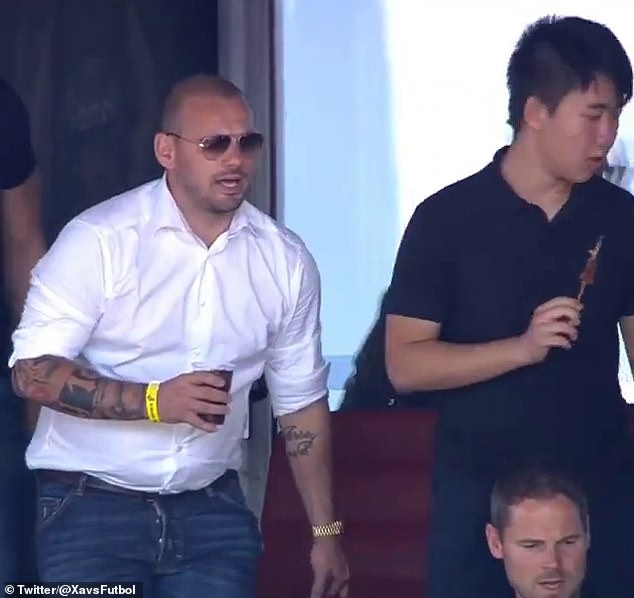 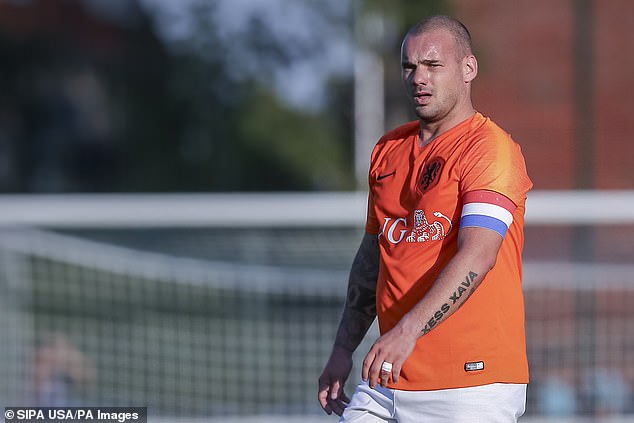 ‘I was weak and did not show any resistance. I let people treat me like a star. There was always a team-mate with me at Real Madrid – and usually that was Guti.’

Sneijder’s first wife, Ramona Streekstra, filed for divorce after growing weary of his partying, and his second marriage also failed after he continued to drink heavily.

‘I did not realise that my best friend was the vodka bottle,’ he added.

‘Others pointed it out to me. Ruud van Nistelrooy said it, Arjen Robben said it. They were hammering me, telling me to keep my discipline as a player. They said I wouldn’t last long if I carried on like this.’

After winning LaLiga in his first season at Madrid, Sneijder was sold to Inter Milan a year later, where he won Serie A, the Champions League and the Coppa Italia.

He spent four years at San Siro before moving on to Galatasaray, where he remained for four years before spells at Nice and Qatar side Al-Gharafa. He announced his retirement after leaving the club last summer.