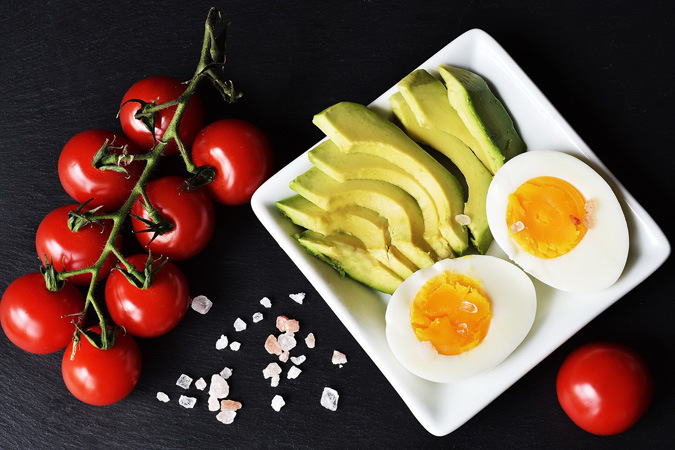 A comprehensive new study, led by scientists from UC San Francisco, has revealed new insights into the way a ketogenic diet can influence the gut microbiome and subsequently result in broader health benefits.

Low-carb, high-fat ketogenic diets, which have attracted public interest in recent years for their proposed benefits in lowering inflammation and promoting weight loss and heart health, have a dramatic impact on the microbes residing in the human gut, according to a new UC San Francisco study of a small cohort of volunteer subjects.

“This is a really fascinating finding because it suggests that the effects of ketogenic diets on the microbiome are not just about the diet itself, but how the diet alters the body’s metabolism, which then has downstream effects on the microbiome,” said author Peter Turnbaugh, an associate professor of microbiology and immunology at the University of California, San Francisco.

“For many people, maintaining a strict low-carbohydrate or ketogenic diet is extremely challenging, but if future studies find that there are health benefits from the microbial shifts caused by ketone bodies themselves, that could make for a much more palatable therapeutic approach.”

In ketogenic diets, carbohydrate consumption is dramatically reduced in order to force the body to alter its metabolism to using fat molecules, rather than carbohydrates, as its primary energy source.

‘For many people, maintaining a strict low-carbohydrate or ketogenic diet is extremely challenging, but if future studies find that there are health benefits from the microbial shifts caused by ketone bodies themselves, that could make for a much more palatable therapeutic approach’

For their newly reported study, the UCSF-led team partnered with the nonprofit Nutrition Science Initiative to recruit 17 adult overweight or obese nondiabetic men to spend two months as inpatients in a metabolic ward where their diets and exercise levels were carefully monitored and controlled.

For the first four weeks of the study, the participants were given either a standard diet consisting of 50% carbohydrates, 15% protein, and 35% fat, or a ketogenic diet comprising 5% carbohydrates, 15% protein, and 80% fat. After four weeks, the two groups switched diets, to allow the researchers to study how shifting between the two diets altered participants’ microbiomes.

The researchers focused on a particular bacterial genus- the common probiotic Bifidobacteria-which showed the greatest decrease in individuals on the ketogenic diet.

Follow-up experiments in mice, in which researchers gradually shifted animals’ diets between low-fat, high-fat, and low-carbohydrate ketogenic diets, confirmed that high-fat and ketogenic diets have opposite effects on the gut microbiome. These findings suggested that the microbiome responds differently as the level of fat in the animals’ diet increases to levels that promote ketone body production in the absence of carbs.

Still, Turnbaugh cautioned that the current effort is “likely the tip of the iceberg” when it comes to better understanding the complex interaction between a keto diet, ketone bodies, the microbiome and disease risk. The study was small and more research is needed.

How to get rid of visceral fat: Having a diet rich in pulses could help burn belly fat