In what promised to be a major business breaker, the rapid spread of the Covid-19 virus will turn the financial tables of Planet Fitness (PLNT) on an upward trajectory as far as the balance sheet analysis is concerned. Also, the fact that most people are now staying at home or in quarantine will be an added impetus once the gym activities resume. In this article, I will explain why I am bullish in the long term based on an analysis of the strength and stability of the company. Aside from the cash flow analysis, I will also assess the forecast of the company’s progress towards helping customers build their health systems after this pandemic.

The total assets stood at $1.7 billion ($540 million for current assets and $1.18 billion for non-current assets). Since current assets can be easily turned into cash in case of an emergency, Planet Fitness has a good pool of resources to sustain its operations at least for a year. Gym owners that want to become Planet Fitness franchisees are required to have an initial investment ranging from $969,600 to $4.243 million. This money has been pooled to ensure the company boasts of strong liquidity of up to $436 million in cash. It can cover more than 80% of its intended current asset base without converting them to cash. However, the company will reduce this capital investment in 2021 as most franchise stores will have to recover on lost time. According to CNBC, most businesses will take at least 6 months to recover after the pandemic.

Does a Fitness Smartwatch Work Well for Wheelchair Users? | NewsCenter

We are very focused on managing this evolving situation (Covid-19). Based on our cash position of $436 million at the end of 2019 combined with cash flow generated from operations year-to-date and availability under our financing facility, we believe we have sufficient liquidity to carry us well beyond the end of this year.”

Additionally, Planet Fitness has access to a loan facility of $75 million that expires in September 2023. The current liability as of Q4 was $145.5 million. This amount is way below the current assets and can be easily covered even if the company loses business for the next 1 year.

With more than 2,000 locations spread across North America, Mexico, and Australia, PLNT has faced a huge setback from the coronavirus pandemic as it had to close the corporate stores by March 17, 2020. The following table shows the revenue analysis of the three main revenue facilities released on February 25, 2020.

Out of the increased revenue of up to $115.9 million, $10.1 million came from new corporate-owned stores that were opened in January 2018. The growth of the working capital (Y/Y) was 53.48%. With most of its revenue coming from the franchise and equipment segments, the overall corporate strategy shows good management by scaling down on expenses.

As of March 23, 2020, up to 400 Americans had died due to the coronavirus outbreak, while those infected reached 32,000. Globally, a total of 16,713 Covid-19 related deaths have been reported with the infected cases rising to 386,302 people. Scientists have identified gyms as “high risk” areas that promote the spread of the virus. It was shown that the virus resides in sweat and can be transmitted quickly through respiration and body contact.

By 21st March 2020; Planet Fitness had closed all its gyms and froze the accounts. According to reports, PLNT would not charge its members for the days closed and assurance of the adjustment of the billing cycle was made to clients already billed. Clients that had paid for annual subscriptions would also have their billing adjusted to ensure the unattended days were compensated.

We foresee a scenario where the gyms will have to remain closed for at least 6 months. The company’s median annual revenue from memberships is at least $1.7 million. This amount can be recovered even if the 14 million PLNT members do not renew their subscription fees for 2020.

Gym instructors have turned to online classes to keep their students in a healthy condition during this quarantine period. Other facilities are offering livestream services for their students to help them keep fit at home. 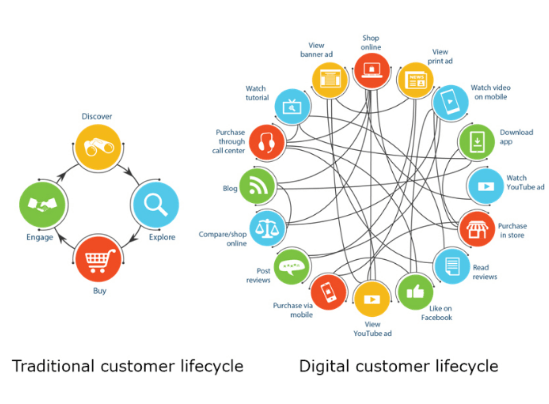 According to The Atlantic, Spanish residents are now buying gym merchandise to help them workout at home. As a necessary investment, Planet Fitness may opt to sell this equipment directly to clients to keep them active. With its Franchise price of $10 subscription fees, many clients with high-budget work out kits may want to scale down. Most people have spent a lot of money to sustain themselves during the lockdowns. An expensive gym subscription will be the last thing in the minds of most fitness enthusiasts.

The adoption of low-cost fitness center will be appealing after the pandemic scare subsides. An additional membership bracket is expected as older people will seek to boost their health with low-cost workouts.

Research conducted by Vox indicated that the old generation has been worst hit by the Covid-19 outbreak. Out of the 35,212 infected with the virus in Spain, 6,152 are aged 70 years and above. They have a fatality rate of 11.5% as up to 705 have died.

The following graph shows the age demographics and fatality rates of the Covid-19 globally. 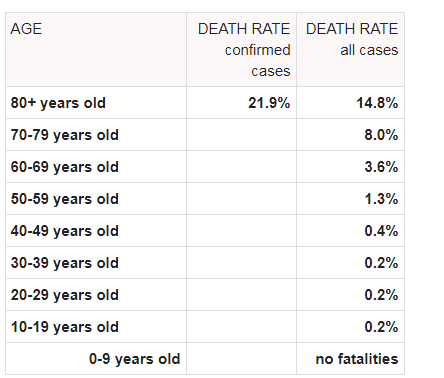 Planet Fitness is yet to reach its full potential. Income has been constantly rising from 2012 with the only decline occurring in 2015 from $36.8 million to $18.5 million when the company went public. The franchise business has been the most profitable segment of the company with an increase of $53.4 million (23.8%). It shows the company spends less to sustain the franchises and they are doing well on their own. Being a low-cost fitness facility, an increase in membership is expected once the coronavirus pandemic subsides. We expect the growth of the older generation. I would urge investors to consider a bullish position on this stock in the long term.

Disclosure: I/we have no positions in any stocks mentioned, and no plans to initiate any positions within the next 72 hours. I wrote this article myself, and it expresses my own opinions. I am not receiving compensation for it (other than from Seeking Alpha). I have no business relationship with any company whose stock is mentioned in this article.

5 Surprising Benefits of a Plant-Based Diet

Does a Fitness Smartwatch Work Well for Wheelchair Users? | NewsCenter

The best fitness tracker: keep fit while social distancing with these gadgets

From as little as $11, these are the best fitness equipment buys to suit your home workouts

5 Surprising Benefits of a Plant-Based Diet