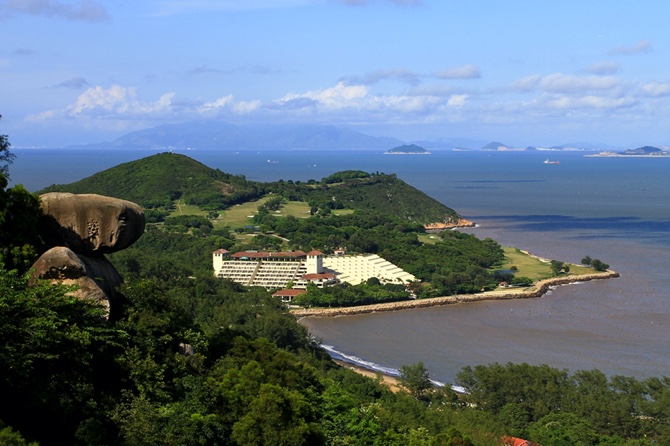 The company responsible for managing Grand Lapa, Macau and Grand Coloane Resort has signed a hotel management agreement with a Chongqing firm to develop a hotel under the lifestyle hotel brand Artyzen Habitat in Yubei District in Chongqing.

Artyzen Hospitality Group announced in a statement that the agreement had been signed with Yuelai Liangjiang International Hotel and Convention Management Co., Limited.

With the inclusion of this new project, the Artyzen Hospitality Group has eight hotels in the pipeline and six hotels operating in Beijing, Shanghai, Macau and Hawaii.

Artyzen Habitat is a new lifestyle sanctuary that caters to the high-end market. The project encourages guests to ‘live like a local,’ whether in or out of its hotel, in a bid to obtain a “deeper cultural experience of the destination, feeling the social and cultural vibes of the local community.”

The hotel is located in the Liangjiang New Area of Yubei District, close to Yuelai International Convention Centre.

Robbert van der Maas, president of Artyzen Hospitality Group, says, “We realize that the needs of modern travelers are forever evolving. They are looking for local art, cultural inspirations and enriched travel experiences.”

“Chongqing is developing rapidly and is a strategic and logical addition to our growing portfolio. We are thrilled to announce the development of Artyzen Habitat Yuelai Chongqing, as it is truly one of our milestones,” he added.

Artyzen has recently announced its expansion plan, which will extend their footprint across Australasia with projects under discussion in Australia, Thailand, Vietnam, Japan and South Korea, as well as further afield in the Maldives and Portugal.

In addition, the Greater Bay Area remains a key focus of the group, with Zhuhai, Shenzhen, Guangzhou, Dongguan and Hong Kong being strategically targeted.  LV