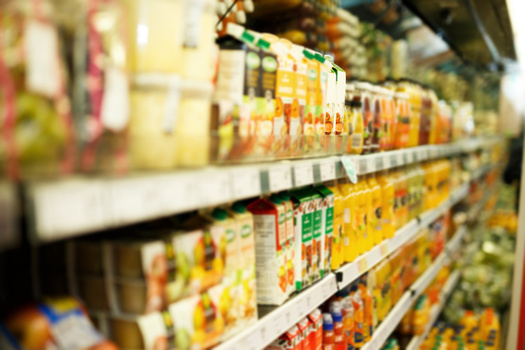 More than a half-million families in Commonwealth rely on the federal Supplemental Nutrition Assistance Program (SNAP) to help them buy groceries. (Adobe Stock)

FRANKFORT, Ky. – A change to federal requirements for participating in the Supplemental Nutrition Assistance Program or ‘SNAP’ bars states from exempting adults without dependents from the program’s work requirements.

The U.S. Department of Agriculture approved the change this week. Tamara Sandberg, executive director of the hunger-fighting group Feeding Kentucky, says more than 20,000 Kentuckians already lost access to their SNAP benefits when the state implemented similar work requirements in 2018.

“So, the issue that we saw in Kentucky that we fear is going to be seen nationwide, is that these restrictions are put into place without also guaranteeing that people have access to the supports they need to get jobs,” says Sandberg.

A report from the Urban Institute shows the percentage of SNAP-eligible low-income Kentuckians in some counties would drop from 62% to under 20%.

Supporters of the change maintain it will save the federal government money. The new rule is set to take effect on April 1 of next year.

The SNAP program currently requires able-bodied adults ages 18 to 49, living in households without children, to work a monthly average of at least 20 hours a week, or participate in a workforce program or a qualified training program for the same amount of time.

However, exemptions can be made for people living in areas of high unemployment. Sandberg points out that rural areas often are the most difficult places to find work.

“Anti-hunger advocates are fearing when this rule is implemented nationwide in April, that it’s going to cause serious harm to individuals, communities and the whole nation,” says Sandberg, “while doing really nothing to improve the health and employment of the people who are impacted by this rule.”

She adds workers whose employers cut their hours to less than 20 a week, people attempting to reenter society following incarceration, those with undiagnosed physical and mental disabilities, and people without access to reliable transportation will all have a harder time putting food on the table.

According to the Kentucky Center for the Economic Policy, SNAP enrollment has been on the decline since 2013.

Is It About Health Or Alcohol?